The first U-boats of the type VII were commissionned in June 1936, and variants of this model were used during from this date to 1945. No country has ever built more submarines of a single type than Germany did for the type VII U-boats. The performances of the submarine were improved with tye VIIB type. Range and maneuverability of the submarine were improved, and arrangements of torpedoes were more efficient Some minor changes made the typical VIIC the most powerful submarine of the war, if we except the XXI type. For example, the type VIIC/41 submarines dived deeper than any other operational submarine of the second world war.

Others variants of the type VII were used to lay mines (VIID) or as "milk cows" (VIIF) to provide at sea gasoline and torpedoes to other u-boats. 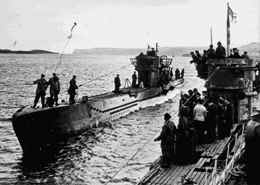 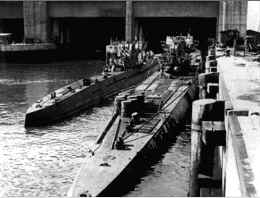